June 17 (UPI) — A volunteer has found an Alaska hiker alive who was missing for over 35 hours.

Fina Kiefer, a 55-year-old Palmer resident, went missing at about 1:30 a.m. Tuesday morning after being chased off the Pioneer Ridge Trail by bears and discharging bear spray, according to Alaska State Troopers daily dispatch and an Alaska National Guard statement.

The search through day and night ended Wednesday due to deteriorating weather with no evidence of the missing hiker, officials said, but a rescue volunteer spotted Kiefer waving him down for help as he drove down Knik River Road at about 5:30 p.m.

She had hiked down from the mountain and about a mile from the trailhead, and was transported to the hospital to evaluate her injuries, according to the Alaska National Guard.

“She was chased off the trail by bears and couldn’t find it again,” Senior Master Sgt. Evan Budd, superintendent of the Alaska Rescue Coordination Center and full-time member of the Alaska Air National Guard said in a statement Wednesday. “She had waterproof matches and was able to start a fire last night.”

“Mrs. Kiefer also carried with her an amazing amount of grit and determination to return to her family,” Budd added. “We were so relieved to learn that she was safe.”

Budd also said in the statement that Kiefer had noticed the helicopters, but they weren’t able to see her because of heavy vegetation.

“It’s easy to see and hear an aircraft in the sky, but can be very challenging to spot a person at night under canopy,” Budd said.

“Being prepared for the unexpected is critical in the Alaskan outdoors,” Budd said. “What you plan as a day hike can quickly turn into a multi-day ordeal.” 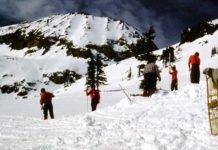 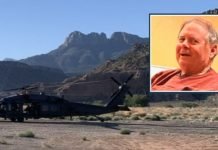