June 21 (UPI) — The Algerian government will shut down the Internet at certain times of the day over the next week as the nation’s high school-age kids take their exams to prevent cheating, officials announced.

The Internet blackout will affect mobile and computer access and go into effect for one hour after the exams are distributed in order to prevent leaking of questions.

The move was implemented after complaints of widespread cheating in 2016, when exam questions were leaked onto social media.

This will be the third year in a row access to the internet will be limited during exam time. But an IT security officer told Middle East Eye that this year “net censorship will be better coordinated and more effective” than in previous years.

“We have been under a lot of pressure from the authorities to install network monitoring and interconnection equipment to monitor the internet and, if necessary, disconnect the connection,” he said

In addition to an Internet blackout, metal detectors have been installed at approximately 2,000 exam centers to intercept electronic devices with Internet access. Officials also set-up surveillance cameras and cell phone jammers at the centers, the BBC reported. 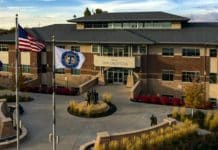