The delivery heralded the start of Amazon’s ambitious commercial drone program, which was unveiled three years ago by CEO Jeff Bezos to a skeptical response. A man identified as Richard B. of Cambridgeshire, England, ordered an Amazon Fire TV streaming device and a bag of popcorn on Dec. 7, to be delivered to his farmhouse. The 4.7-pound package arrived in in his backyard in 13 minutes from an Amazon warehouse 2 miles away, the company said.

The trial run is a milestone for a technology which still faces significant regulatory and logistics hurdles, but was a success nonetheless, The New York Times reported. Drone delivery, even if it handles a small portion of Amazon’s overall distribution methods, could change trucking patterns and have environmental benefits. It can also provide customers with quick deliveries of orders.

The breakthrough delivery was accomplished without human involvement; the package arrived solely by GPS navigation. Drone delivery service is currently offered to only two customers in a 5.2-square mile section of rural Britain, but more customers are expected to be added quickly. The area was chosen because Amazon’s experimental drone program swiftly obtained regulatory approval in Britain.

A video, produced by Amazon, shows the Cambridge fulfillment center’s launch pad, the drone’s nearly silent trip across the countryside and the deposit of the package on Richard B.’s lawn. 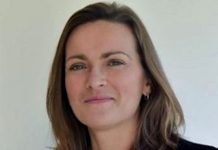 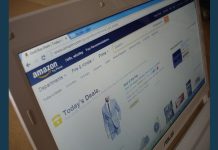