Oct. 27 (UPI) — Amy Coney Barrett was sworn in as a U.S. Supreme Court justice on Monday night after the Senate voted to confirm her nomination.

The Senate voted 52-48 to confirm Barrett, to replace the late Justice Ruth Bader Ginsburg, who died of cancer on Sept. 18, and she was sworn-in by Justice Clarence Thomas during a ceremony outside the White House.

“It is a privilege to be asked to serve my country in this office, and I stand here tonight truly honored and humbled,” Barrett said.

During Monday night’s ceremony, Barrett pledged that she will make her rulings free of political influence.

“The oath that I’ve solemnly taken tonight, means at its core that I will do my job without any fear or favor and that I will do so independently of both the political branches and of my own preferences,” said Barrett. “I love the Constitution and the democratic republic that it establishes and I will devote myself to preserving it.”

Barrett is the third Supreme Court justice appointed by President Donald Trump since he was elected in 2016.

“The Constitution is the ultimate defense of American liberty. The faithful application of the law is the cornerstone of our republic. That is why as president I have no more solemn application and no greater honor than to appoint Supreme Court justices,” Trump said.

Trump also honored Ginsburg as “a true pioneer for women,” noting that Barrett will be the fifth woman and the first mother of school-age children to serve on the Supreme Court.

The White House implemented social distancing measures at Monday night’s ceremony on the South Lawn of the White House, placing about 200 chairs spaced a few feet apart and requiring all attendees to wear a mask, CNN reported.

Following a September ceremony in the Rose Garden announcing Barrett’s confirmation, dozens of attendees, including Trump, tested positive for COVID-19.

Monday’s vote exceeded the simple majority needed to confirm Barrett, with just Republican Maine Sen. Susan Collins, who is in a race for re-election, following through on her declaration that she would join Democrats and vote “no” on Barrett’s confirmation.

“The Senate just confirmed Judge Amy Coney Barrett to the Supreme Court of the United States. One of the most impressive nominees for public office in a generation that will serve for life on the highest court,” Senate Republican leader Mitch McConnell wrote on Twitter following the vote.

Ahead of the vote, Senate Democratic leader Chuck Schumer described Monday as “one of the darkest days in the 231-year history of the United States Senate.”

Democrats, citing the Nov. 3 election, have assailed the process as illegitimate and rushed for political reasons. They say Barrett’s confirmation will affect the court’s rulings on abortion, the Affordable Care Act and civil rights.

“Let the records show that tonight the Republican Senate majority decided to thwart the will of the people and confirm a lifetime selection to the Supreme Court in the middle of an election after more than 60 million Americans have voted,” he said.

Monday’s vote followed a rare Sunday session where the Senate voted 51-48 to break a Democratic filibuster of Barrett’s nomination.

“We made an important contribution to the future of this country,” McConnell said Sunday.

“A lot of what we’ve done over the last four years will be undone sooner or later by the next election. They won’t be able to do much about this for a long time to come.”

Vice President Mike Pence was absent from his seat as Senate president during Monday’s vote. Sen. Charles Grassley, R-Iowa, the president pro tempore of the Senate, presided over the vote. 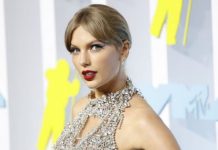