Aug. 22 (UPI) — The animals on the iconic box of Nabisco’s animal crackers are now free — thanks to a redesign of the box.

For over a century, the box of Barnum’s Animals Crackers showed a caged circus boxcar with lions, elephants and other animals inside. The new box, revealed Tuesday, removes the cage.

The crackers themselves have not been changed.

The redesign followed calls from People for the Ethical Treatment of Animals. Tuesday, the group said it consulted with Nabisco subsidiary Mondelez International on the change.

“To continue to make the brand relevant for years to come, we felt this was the right time for the next evolution in our design, now showing the animals in a natural habitat,” said Mondelez spokeswoman Kimberly Fontes.

The circus imagery is gone as well, in favor of a wildlife scene. Ringling Bros. and Barnum & Bailey Circus announced its closure last year, citing pressure from animal rights groups like PETA and falling ticket sales.

“The new box for Barnum’s Animals perfectly reflects that our society no longer tolerates caging and chaining exotic animals for circus shows,” PETA said in a statement. “PETA is celebrating this redesign just as we’ve celebrated the closure of Ringling Bros. and Barnum & Bailey Circus and an end to the use of wild animals in many other circuses.” 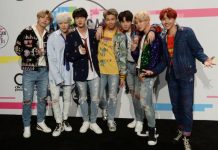 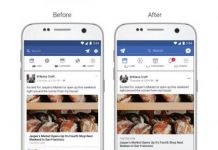 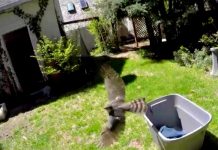 Hawk in a box, photoshopped toddlers in peril! ‘The Todd and Erin Morning Stream’ — April 18, 2017