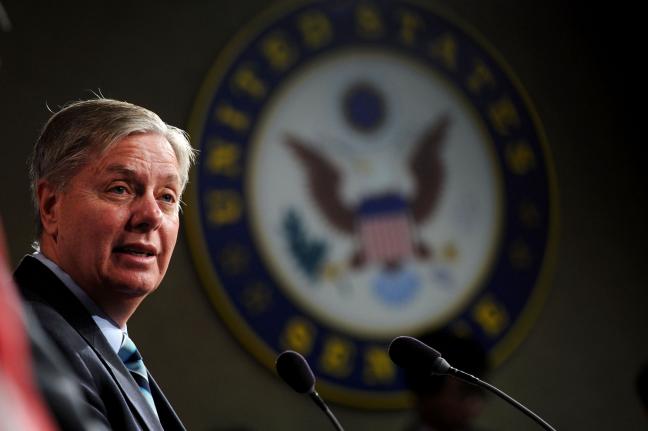 CENTRAL, S.C., June 1 (UPI) — South Carolina Sen. Lindsey Graham is expected to announce Monday he will be running for president as a Republican in 2016.

Graham, 59, is set to make the announcement in his hometown of Central, S.C. He served as a member of the House of Representatives for eight years until he won a seat in the Senate in 2003.

Graham is known to be an outspoken Republican who is not afraid of getting into disagreements with opponents, even within his own party. He believes in a strong military and is close with Sen. John McCain, R- Ariz., who ran against President Barack Obama in the 2008 presidential election.

Graham recently retired from the Air Force Reserves after 33 years of military involvement, where he was promoted to the rank of colonel for his service.

“I’m running because I think the world is falling apart,” Graham told CBS News in May. “I’ve been more right than wrong on foreign policy.”

Graham agrees with McCain that a force of 10,000 U.S. soldiers should be sent to train and support Iraqi security forces fighting against the Islamic State.

“We don’t have enough military presence on the American side to change the tide of battle,” he told CBS.

During McCain’s presidential run, Graham helped his Republican counterpart and McCain will seemingly return the favor — formally endorsing Graham in January, months before the announcement.

“He’s a dark horse — keep an eye on him!” McCain told reporters. “In debates, he’ll shred ’em. Have you see ever seen Senator Graham in a debate, on the floor of the Senate? He will do wonderful. I don’t want to raise expectations, but I’m confident.”