Guterres was chosen as the next secretary general in October, and will formally assume the role on Jan. 1. But the swearing-in ceremony was held Monday.

During the ceremony, Guterres spoke about his vision for U.N. leadership in a changing international landscape.

“Inspired by the new concept of sustaining peace, it is time for us all to engage in a comprehensive reform of the U.N. strategy, operational set-up and structures for peace and security,” he said.

Guterres took the oath of office immediately after a tribute to Ban, who led the United Nations for a full two terms (2007-2017).

The new leader also addressed recent allegations of sexual abuse at the hands of U.N. peacekeepers and said the peace organization would not stand for such behavior going forward.

“I will work closely with Member States on structural, legal and operational measures to make the zero-tolerance policy … a reality,” he added. “We must ensure transparency and accountability — and offer protection and effective remedies to the victims.”

The new leader also expressed a desire to move development back toward the center of the United Nations’ core purpose, as well as engage in reforms at the international and national level.

“This must involve leadership, coordination, delivery and accountability,” he said. “We will build on the outcome of the recent discussions among Member States. 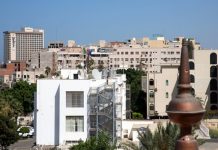 U.S. calls for ‘immediate halt’ to fighting in Libya 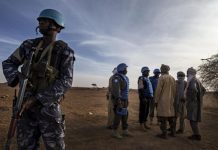 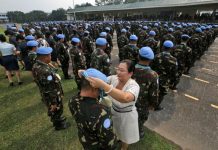