August 1 (UPI) — A federal appeals court on Friday overturned the death sentence for Dzhokhar Tsarnaev, one of the two brothers responsible for the Boston Marathon bombing that killed three people.

The 1st U.S. Circuit Court of Appeals, headquartered in Boston, ordered a new penalty phase trial for Tsarnaev, 27, who is being held at U.S. Penitentiary, Florence High in Colorado.

“But make no mistake, Dzhokhar will spend his remaining days locked up in prison, with the only matter remaining being whether he will die by execution,” the court said in its opinion.

The panel agreed with defense attorneys who said the judge who oversaw the original case didn’t properly screen jurors for potential biases.

Tsarnaev’s lawyers said two of the jurors posted strong opinions on the case on social media before the trial began. One of them, the jury’s foreperson, described the defendant as a “piece of garbage.”

Tsarnaev was convicted on 30 counts for his role in the bombing, which also injured more than 260 people. His brother, Tamerlan Tsarnaev, who also was involved in the bombing and subsequent manhunt, was killed by police during their attempt to capture the men.

The Tsarnaev brothers set off two bombs near the marathon finish line on April 15, 2013. They also killed a police officer from the Massachusetts Institute of Technology days later while on the run from authorities.

The jury unanimously decided to sentence the younger brother to death during the 2015 trial.

The Tsarnaev family, ethnic Chechens, moved to the United States more than a decade ago. Dzhokhar Tsarnaev was 8 at the time and was known as a generally good kid and a stellar athlete. When he graduated from high school in 2011, he won a $2,500 scholarship and enrolled in a local college to study nursing. On Sept. 11, 2012, he took the oath to become an American citizen.

Tamerlan Tsarnaev, on the other hand, was struggling with the new life in America. He was once a top Golden Gloves boxer but fell away from the sport as he felt increasingly disconnected from his new life and the people in America. In the years that followed, he became angry and moved toward a radicalized life, family members said. 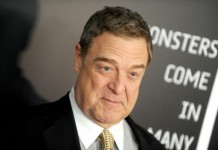 John Goodman Added To The Cast of ‘Patriot’s Day’ 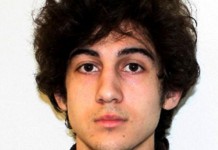