The 11th U.S. Circuit Court of Appeals overturned a lower court’s decision not to place preliminary injunctions against the ordinances in Palm Beach County and the city of Boca Raton, which is in Broward County.

“If the speech restrictions in these ordinances can stand, then so can their inverse,” said the majority opinion written by Judge Barbara Lagoa.

“Local communities could prevent therapists from validating a client’s same-sex attractions if the city council deemed that message harmful. And the same goes for gender transition — counseling supporting a client’s gender identification could be banned.”

The Palm Beach County and Boca Raton ordinances were challenged by therapists Robert Otto and Julie Hamilton, who said they were unconstitutional. They were represented by the Liberty Counsel, a religious liberty organization that provides legal services.

“This is a huge victory for counselors and their clients to choose the counsel of their choice free of political censorship from government ideologues,” said Liberty Counsel founder and Chairman Mat Staver. “This case is the beginning of the end of similar unconstitutional counseling bans around the country.”

Critics of conversion therapy describe it as dangerous, and it has been widely discredited by doctors and mental health experts.

Twenty states and Washington, D.C., have fully banned conversion therapy, and one state and one territory have partially banned the practice, according to Family Equality, an LGBTQ advocacy organization.

“Youth are often subjected to these practices at the insistence of parents who don’t know or don’t believe that the efforts are harmful and doomed to fail: When these efforts predictably fail to produce the expected result, many LGBTQ children are kicked out of their homes,” said Lambda Legal CEO Kevin Jennings.

“Both judges joining today’s decision were appointed by President [Donald] Trump. We fear that today’s decision may be the tip of the iceberg in terms of the harm that may come from a federal judiciary that has been packed for the last four years with dangerous ideologues. The damage done by this misguided opinion is incalculable and puts young people in danger.” 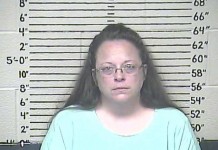