“The record established that COVID-19 has continued to spread, mutate, kill and block the safe return of American workers to their jobs,” Judge Jane Stranch wrote in the opinion. “To protect workers, OSHA can and must be able to respond to dangers as they evolve.”

COVID-19 has infected over 50 million people in the United States and killed over 806,000, according to Johns Hopkins University’s global tracker.

The Occupational Safety and Health Administration estimates the mandate for workers at businesses with more than 100 employees to be either fully vaccinated or undergo weekly testing and masking will protect more than 84 million workers, save thousands of lives and prevent more than 250,000 hospitalizations due to COVID-19.

OSHA has the authority to pass an emergency temporary standard imposing new rules for worker safety if it can show that it is necessary due to a “grave danger,” under a 1970 law.

The 6th Circuit found that the 5th Circuit’s argument about what was necessary to constitute “grave danger” was wrong.

“The 5th Circuit’s conclusion, unadorned by precedent, that OSHA is ‘required to make findings of exposure — or at least the presence of COVID-19 — in all covered workplaces’ is simply wrong,” Stranch wrote. “If that were true, no hazard could ever rise to the level of ‘grave danger’ because a risk cannot exist equally in every workplace and so the entire provision would be meaningless.”

“We welcome the Sixth Circuit’s decision,” Munoz tweeted Saturday. “Especially as the US faces the highly transmissible Omicron variant, it’s critical we move forward with vaccination requirements and protections for workers with the urgency needed in this moment.”

Soon after the decision, challengers said they planned to file or already had filed emergency motions with the Supreme Court, The New York Times and CNN reported.

OSHA initially set a deadline of Jan. 4 for the mandate for large employers. Those that defy the rules could face fines as high as $14,000 per violation.

On its website, the agency said it was “gratified” by the 6th Circuit’s decision, but “to account for any uncertainty,” it would not issue citation for noncompliance before Jan. 10.

The 6th Circuit decision has been a rare victory for Biden in conservative-leaning courts that have been hostile to his administration’s approach to requiring vaccines.

Earlier this month, the Senate voted to nullify the resolution for large employers, with Sens. Joe Manchin of West Virginia and Jon Tester of Montana, Democrats representing Republican-led states, crossing the aisle to vote for the proposal in a 52-48 vote to block the mandate.

Currently, more than 72% of the U.S. population has received at least one dose of COVID-19 vaccine, more than 61% are fully vaccinated, and 17.5% have received a booster dose, according to Bloomberg COVID-19 Vaccine Tracker. 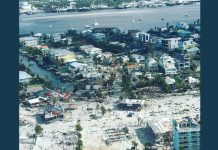 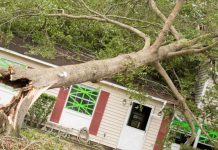 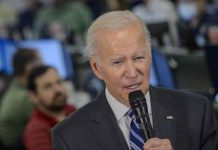