BUENOS AIRES, Oct. 25 (UPI) — Argentines headed to the polls Sunday to vote for a new president, marking the end of the 12-year reign of the Kirchners, a husband-wife duo who have led the nation struggling with slow growth, poverty and economic stagnation.

Daniel Scioli, of the ruling Front for Victory party, was the clear front-runner, but needs at least 40 percent of the vote and a minimum 10 point lead to avoid a November runoff. Polls have put Scioli near the threshold, ahead of Buenos Aires’s center-right Mayor, Mauricio Macri, and Sergio Massa in a distant third.

The vote is considered crucial in the future of the country’s political landscape, led for 12 years by President Cristina Kirchner, the first elected female president in Argentine history, and her husband Nestor, who died in 2010. Their influence has been so sweeping they have their own political philosophy — Kirchnerismo.

Kirchner is constitutionally barred from seeking a third consecutive term. She has endorsed Scioli, who plans to continue her policies with a few differences including improving strained ties with the United States. If he wins, it will give the Peronist movement its longest uninterrupted period of rule since the 1940s.

A win for Macri would alter the country’s political landscape and mark the entrance of a new political coalition led by his party, Republican Proposal, or Pro.

Elections are also being held for 24 senators and 130 deputies. 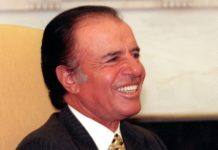 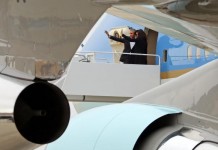 Obama And Family Arrive In Argentina Under New, Center-right Leadership