Jan. 22 (UPI) — The Arizona Supreme Court will hear arguments Tuesday in a case that could help define how far business owners can go in expressing their religious freedom by denying services to others, such as gay couples.

Artists Breanna Koski and Joann Duka, owners of Brush & Nib Studio, with the help of the conservative Alliance Defending Freedom, are challenging a city of Phoenix ordinance that states that they cannot deny services to same-sex couples, the Capitol Media Services reported.

The women described themselves as devout Christians and say that should not be forced to produce custom wedding invitations, place cards and other artistic materials in their business for gay couples because of their sincerely-held religious beliefs that gay people should not marry.

While the women have not actually turned down services for a same-sex couple, according to court documents, they challenged the law in 2016 as a pre-emptive move.

Last year, Colorado baker Jack Phillips argued in front of the U.S. Supreme Court that making a wedding cake for a same-sex couple in 2012 violated his religious beliefs.

The Supreme Court essentially punted on the issue, deciding 7-2 that the Colorado Civil Rights Board did not give Phillips a fair hearing, leaving the Phillips’ religious rights argument unanswered.

“Owners … believe their work is inseparable from their devout religious beliefs, which include the belief that an ordained marriage is between one man and one woman,” the Phoenix artists argue in court documents.

“As such, they contend that requiring them to create customer-specific merchandise for same-sex weddings violates their religious beliefs. Owners also say they seek to refuse to create artwork that “contradicts biblical truth, demeans others, endorses racism, or incites violence,” they said, adding that the ordinance violated the Arizona Constitution’s free speech clause.

The Arizona Court of Appeals unanimously rejected the women’s arguments in a summary judgment last June.

“Although they had contended that Arizona Constitution provided broader protection than the U.S. Constitution, owners had not explained how the two analyses would differ, and thus federal law would be applied,” the appeals court ruled, citing the high court’s Obergefell v. Hodges ruling in 2015 that legalized gay marriage.

Lambda Legal, which works for gay civil rights, filed a brief in the case in December saying it is one of many cases in the country seeking to “create a religious right to discriminate.”

“It’s not about cake or stationery or flowers: It’s about protecting LGBT people and families from being forced to endure bigotry and abuse in countless places, from fertility clinic to funeral home and everywhere in between,” Lambda’s legal law and policy director Jennifer C. Pizer said in a December press release.

Attorney Eric Fraser, who is representing Phoenix, told KJZZ in November, “They want the court system to give them a blank check to refuse service to any same sex couple that is requesting custom wedding products. There is no principled way to distinguish between discrimination on the basis on sexual orientation versus discrimination on other bases such as race or even religion.”

The Alliance Defending Freedom said all the women want is to freely work their business and practice their religious beliefs without the threat of going to jail or being fined. 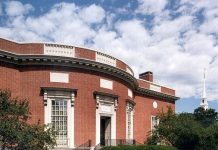