Prosecutors said Merritt was involved in four incidents in which vehicles on Interstate 10 in Arizona were targeted. Police said three shootings occurred on Aug. 29, and a fourth the following day.

There were no fatalities, though vehicles were struck by bullets and a girl, 13 was injured by flying glass.

In the days following the shootings, seven more incidents took place. Authorities believe they were the work of others engaged in “copycat crimes.”

He was arrested Sept. 18 after ballistics tests linked his weapon to the four shootings. In a previous court appearance Merritt claimed his weapon was in the possession of a pawn shop when the incidents occurred. Evidenced showed the gun was held at the shop before and after the shootings.

Merritt remains jailed on $1 million bail. No highway shootings have been reported since Sept. 10.

Arizona man rescued 2 days after falling in mine with snakes 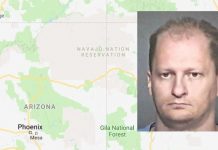 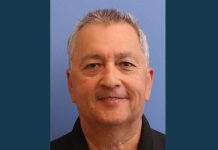 Utah County deputy was wanted in 1995 cold case in Arizona