The Army CID said Harris was last heard from between 8 p.m. Thursday and 6:30 a.m. Friday. He was to meet someone in Watertown, N.Y., about 14 miles southwest of Fort Drum, “for some type of vehicle transaction,” the CID statement said.

Members of his unit reported him missing within hours of their last contact with Harris, a release from Fort Drum said.

The 2016 Ford Mustang Coupe that he drove has been accounted for, though no other information concerning his disappearance or the discovery of his body has been released.

“We are devastated,” Brig. Gen. Brett Funck, acting senior commander, Fort Drum and 10th Mountain Division, said in a statement. “His death is a tremendous loss for his loved ones, this division and our nation.”

Harris was posthumously promoted to the rank of corporal and awarded the Army Commendation Medal, Fort Drum said.

“It was well known here that Cpl. Harris was a great soldier, and as we share our grief with his friends and family, I hear again and again how he was also — and most importantly — a really wonderful, caring person,” Funck said.

Harris is survived by his mother, father and sister.

The Army CID is seeking anyone with information concerning Harris’ death to contact Fort Drum immediately. 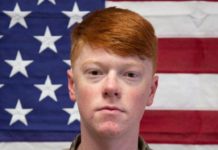 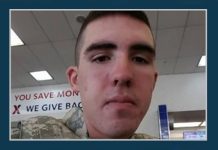 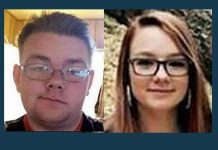