SAN ANTONIO, Sept. 19 (UPI) — The Army general who led the investigation into the disappearance of Sgt. Bowe Bergdahl from his post in Afghanistan in 2009 said a prison sentence would be “inappropriate.”

Maj. Gen. Kenneth Dahl testified Friday Bergdahl was “unrealistically idealistic” when he left his remote outpost some six years ago, hoping to draw attention to what he considered poor leadership of his unit. Bergdahl believed leaving his observation post and walking about 14 miles to a nearby American base would give him the attention he needed to speak with high-ranking officers to complain, Dahl said at an Army Article 32 hearing to determine if Bergdahl will face a court martial. He believed the “problems were so severe that his platoon was in danger,” Dahl said. If court-martialed, Bergdahl faces life in prison.

“I do not believe there is a jail sentence at the end of this procedure,” Dahl said. “I think it would be inappropriate.”

Bergdahl, now 29, was a private when he vanished June 30, 2009 and was captured by the Taliban and held for nearly five years. Last year, President Barack Obama approved exchanging Bergdahl for five Taliban prisoners at Guantanamo Bay, Cuba.

Dahl said there has been a lot of misinformation circulating since Bergdahl disappeared, including claims that up to a half-dozen soldiers died while searching for him and he intended to walk to China or India. Neither claim is true, Dahl said. Dahl also said Bergdahl never intended to desert and join the Taliban, adding Bergdahl mailed his computer home not because he intended to permanently flee but he wanted his personal items safe, knowing he would likely be imprisoned once he left his post.

Investigators testified Bergdahl’s captivity was the worst any American had endured since the Vietnam War.

“His conditions in captivity were as horrible as you could imagine,” said Terrence Russell, a civilian who works for the Department of Defense Joint Personnel Recovery Agency. He was beaten with rubber hoses and copper cables and suffered from uncontrollable diarrhea for more than three of the five years he was held captive, Russell said. 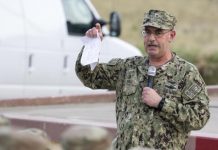 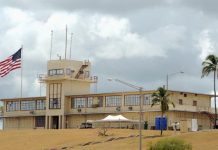