Jan. 20 (UPI) — Most people think of early Earth as a harsh, violent place. It’s true that young Earth was hot and barren, but new research suggests that between 650 million years and 290 million years ago, asteroid impact rates were lower than usual.

By studying the history of impacts on the lunar surface, scientists determined both Earth and its lunar satellite experienced a three-fold increase in asteroid impacts around the time dinosaurs first showed up on Earth’s surface.

Until now, scientists were perplexed by the dearth of impact craters older than 290 million years old. Many planetary scientists assumed the evidence of older craters had been eroded beyond recognition.

But the latest research, published last week in the journal Science, suggests geologists have failed to find older craters because they’re not there.

To plot the rate of impacts on the moon, scientists used data collected by NASA’s Lunar Reconnaissance Orbiter to date all lunar craters younger than a billion years old.

To date craters, scientists measure the rate at which large rocks excavated by impacts are weathered by the constant rain of micrometeorites.

“A fresh crater will have lots of very large rocks near its rim, whereas an older crater will have had most of those rocks turned into regolith,” Rebecca Ghent, an associate professor in the department of earth sciences at the University of Toronto, told UPI in an email. “We can detect the abundance of large rocks using a thermal infrared sensor on the Lunar Reconnaissance Orbiter, called Diviner. At night, the large rocks stay warmer than the surrounding regolith, allowing us to map them using Diviner data.”

“Previously, we examined the abundance of rocks around craters of different known ages, and came up with a relationship that allows us to get crater age from observations of the rock abundance for other, un-dated craters,” Ghent said.

The moon’s impact timeline matched Earth’s, revealing a three-fold uptick in impacts beginning around 290 million years ago. Researchers don’t know why the impact rate jumped, but authors of the new study theorized a series of asteroid belt collisions expelled a barrage debris into the inner solar system.

“All the planets of the inner solar system, including Mars, should have seen the increase in impact flux that we’re reporting,” Ghent said. “Therefore, if we could do a similar analysis for Mars, we could test our model. We haven’t yet examined the Martian cratering record to see whether it’s consistent with the lunar record, but that’s on our horizon.”

“We tested a very simple model in which the impact rate changed suddenly from one constant rate to another constant rate,” Ghent said. “However, as we point out in the paper, it’s possible that the data could also be fit with a different type of increase, such as a sudden spike followed by a tapering off. We’ll test some of those other possible models in the future.”

What’s clear from the latest analysis is that Earth’s impact rate hasn’t been constant ever the last billion years. It’s changed, and that’s why craters older than 290 million years old are hard to find. 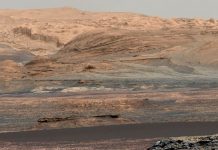 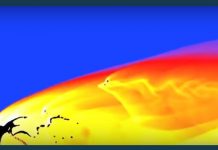 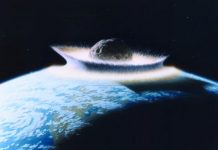