July 29 (UPI) — Gas, dust and light that get sucked into a black hole are lost forever — so it shouldn’t be possible to see light from behind a black hole.

But that’s just what astronomers spotted while observing a supermassive black hole at the center of a galaxy 800 million light-years away.

These delayed flares, described Wednesday in the journal Nature, were smaller and featured slightly different spectral signatures — signatures suggesting the flares were originating behind the black hole.

“Any light that goes into that black hole doesn’t come out, so we shouldn’t be able to see anything that’s behind the black hole,” Wilkins, lead study author, said in a press release.

“The reason we can see that is because that black hole is warping space, bending light and twisting magnetic fields around itself,” said Wilkins, a research scientist at Stanford’s Kavli Institute for Particle Astrophysics and Cosmology and the SLAC National Accelerator Laboratory.

That ability to see light from behind a black hole was predicted by Einstein’s theory of general relativity but, until now, astronomers had not directly observed the phenomenon.

“Fifty years ago, when astrophysicists starting speculating about how the magnetic field might behave close to a black hole, they had no idea that one day we might have the techniques to observe this directly and see Einstein’s general theory of relativity in action,” study co-author Roger Blandford, a professor of humanities and science at Stanford.

When gas and dust is pulled into the accretion disk surrounding a black hole, the material is condensed and forms what’s called a corona, which yields extremely bright X-ray light.

Scientists estimate the corona is composed of plasma, which is formed when electrons separate from superheated, pressurized gas atoms. As the theory goes, the spinning plasma fuels a chaotic magnetic field similar to our sun’s corona.

“This magnetic field getting tied up and then snapping close to the black hole heats everything around it and produces these high energy electrons that then go on to produce the X-rays,” said Wilkins.

“I’ve been building theoretical predictions of how these echoes appear to us for a few years,” said Wilkins. “I’d already seen them in the theory I’ve been developing, so once I saw them in the telescope observations, I could figure out the connection.” 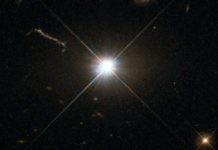 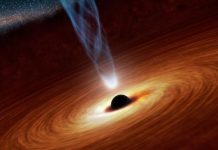 The Milky Way is filled with black holes 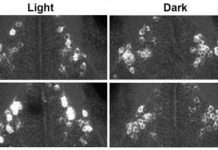 How and why does light affect sleep?