Aug. 30 (UPI) — As heavy rains recede in Houston, recovery efforts and ongoing floods will continue due to Tropical Storm Harvey — which appears to be the costliest natural disaster in U.S. history.

After four days of severe weather, parts of Houston began to dry out Wednesday. The city’s fire department, though, said it’s continued to get calls for high-water rescues.

Houston Fire Chief Samuel Peña said the department responded to more than 2,100 incidents within an 18-hour period, and made 763 water rescues by 6 p.m. Tuesday. He added that 124 residents of a nursing home in northeast Houston were among those rescued.

The Federal Emergency Management Agency said more than 30,000 displaced residents are expected to be sheltered temporarily in the region.

“We still desperately need licensed/certified social workers at our shelters,” the City of Houston wrote on Twitter.

Flooding could worsen as rivers and bayous continue to rise in Texas, which could cause breaches and failures at levees.

AccuWeather President Joel N. Myers called Harvey a 1,000-year flood, and warned that some parts of Houston will be “uninhabitable for weeks and possibly months due to water damage, mold, disease-ridden water.”

“This will be the worst natural disaster in American history,” he said. “The economy’s impact, by the time its total destruction is completed, will approach $160 billion, which is similar to the combined effect of Hurricanes Katrina and Sandy. The disaster is just beginning in certain areas.”

As the city begins cleanup, Houston Mayor Sylvester Turner announced a curfew to prevent looting and other “potential criminal acts.”

“After witnessing first hand the horror & devastation caused by Hurricane Harvey,my heart goes out even more so to the great people of Texas!” Trump wrote. 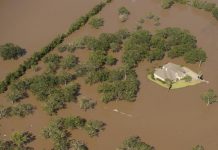 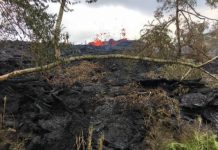 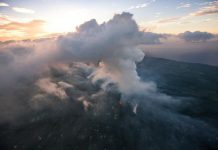