HOBOKEN, N.J., Sept. 29 (UPI) — New Jersey Gov. Chris Christie confirmed one person died and up to 100 people were injured when a New Jersey Transit commuter train slammed into the Hoboken station at the height of the Thursday morning rush.

Christie, who is traveling out of state, said the crash appears to be a “tragic accident,” but a final determination won’t be confirmed until after a full investigation. Christie was scheduled to hold press conference with New York Gov Andrew CuomoThursday afternoon.

“We need to investigate all potential causes, but you can see from the level of destruction that this was a train that was traveling at a high rate of speed,” Christie said.

At least 50 people, including three who were in serious condition, were being treated at Jersey City Medical Center. Many of the injuries were minor, Chief Medical Officer Kenneth Garay said. Hoboken University Medical Center treated 22 patients, some with deep cuts and at least one person with a bone fracture.

Early investigations show the 8:45 a.m. crash involved train No. 1614 on the Pascack Valley Line. Photos on social media show some of the train’s cars inside the train terminal, surrounded by twisted metal.

“There are fatalities,” a senior transportation official who did not want to be identified because he was not authorized to speak publicly told The New York Times. “There are a significant number of injuries. The train was going very fast. There are structural concerns about the facility.”

New Jersey Transit said rail service was suspended in and out of Hoboken, a major transportation hub into and out of New York City.

“It simply did not stop,” WFAN anchor John Minko, who witnessed the crash, told 1010 WINS. “It went right through the barriers and into the reception area.”

The Federal Railroad Administration is sending investigators to the scene.

This story is developing. 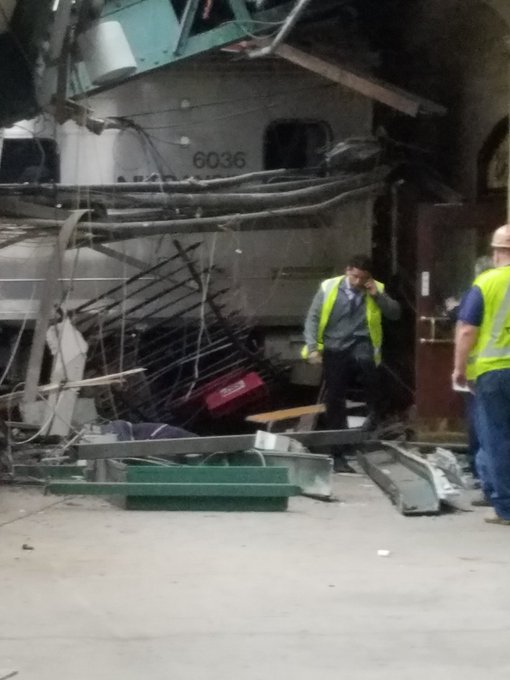 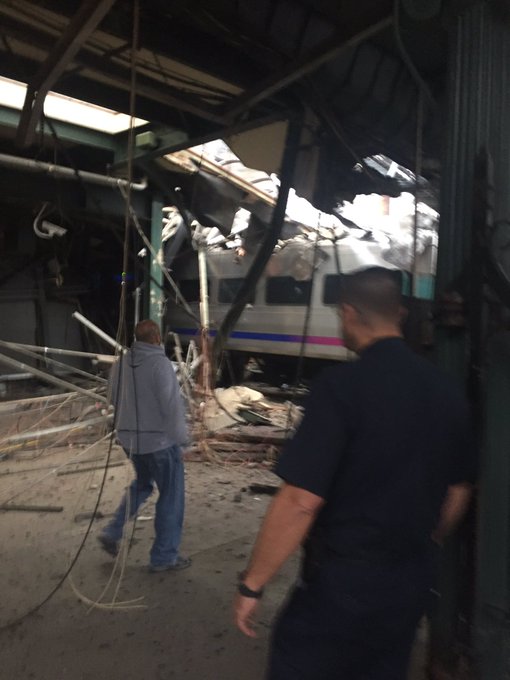 Disaster this morning for the NJ commute. Train ran right through the Hoboken terminal