June 10 (UPI) — At least one person was killed and a half-dozen others were injured when a crane collapsed in downtown Dallas on Sunday afternoon.

The crane crashed into the east side of the Elan City Lights residential building, where crews found a woman inside an apartment and she was later pronounced dead, Dallas Fire-Rescue spokesman Jason Evans said, according to The Dallas Morning News.

Six other people were hospitalized, including two in critical condition, three in serious condition and one who was treated and released.

It wasn’t immediately clear whether any other people were missing or trapped in the building or the nearby parking garage, which also collapsed.

The cause of the crane collapse wasn’t immediately clear, but heavy winds from severe storms in the area caused additional damage, including fallen trees and downed power lines.

1 dead, 2 others injured in snowmobiling accident near Brian Head Resort 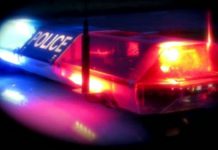