Oct. 3 (UPI) — At least 11 people died and several others were injured in three suicide bombings near a police station in Damascus, the capital of Syria, on Monday.

A booby-trapped car bomb first went off in Damascus’s al-Midan neighborhood. Then, an attacker blew himself up at the main entrance and another detonated his explosive device on the first floor, Mohammad al-Shaar, Syria’s interior minister, said in comments broadcast by state television.

The British-based Syrian Observatory for Human Rights said “tens of people” were injured.

The area was cordoned off as firefighters put out flames.

Syrian state TV said it was a “terrorist explosion” and the pro-Syrian Al Mayadeen TV channel said four fighters carried out the attack.

No one immediately claimed responsibility for the bombings.

The Islamic State and the Hayat Tahrir al-Sham have claimed they carried out previous suicide attacks in Damascus.

In mid-December, the Al-Midan Police Department also was targeted with an explosion. A child was booby-trapped by her father, Abu Nimr al-Suri. The Syrian Observatory reported he has worked for al-Qaeda and was killed by gunshots on Dec. 25 at his home.

In July, at least 18 people died in three bombings in Damascus, but no one claimed responsibility. One was in central Damascus and two others on the road to the Damascus airport.

On Sunday, the SOHR said September was the deadliest month this year in the six-year civil war, with at least 3,000 people, including 955 civilians, killed. 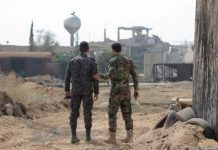 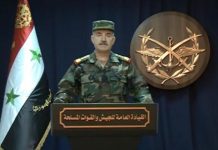 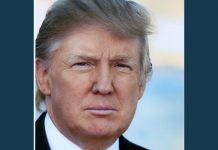