June 8 (UPI) — At least 25 people died in an explosion and fire at a fireworks factory in Madhya Pradesh state, India, police said.

At least eight others were critically injured and hospitalized in the explosion Wednesday evening in the village of Khairi in Balaghat district. Local official Bharat Yadav said a carelessly tossed cigarette may have started the incident, although officials have not determined the cause.

“Rescue works continued until late in the night. A magisterial probe has been ordered into the incident. Some of the bodies were in such a condition that their identification could not be done till now. Most of them are presumed to be women and they were laborers who worked at the [fireworks] factory,” district collector Bharat Yadav said.

The state government announced a payment of $3,104 to the families of each victim, adding that the state would pay for medical expenses of those injured. 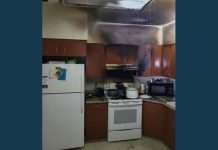