Nov. 26 (UPI) — At least 31 people died when a party boat capsized in Uganda on Saturday, the Ugandan Police Force said.

A marine unit rescued 27 people, as crews continued to search for bodies in the water on Lake Victoria after the incident.

Ugandan President Yoweri Museveni said the boat was traveling from one private beach to another in the Mukono area.

He also said the boat was “private, unregistered, unlicensed and maybe uninsured,” according to preliminary information from the security services.

The owners of the boat, a man named “Templa Bissase or Bissaso” and his wife were believed to have been among those who died, but Museveni said they would face legal consequences if they survived.

“Obviously, the operators of this boat will be charged with criminal negligence and manslaughter, if they have not already been punished for their mistake by dying in the accident,” he said. “May the souls of all those departed in this tragedy rest in peace.”

The Ugandan Police Force said the main cause of the incident was overloading, but the boat was also in poor mechanical shape.

“It seems the boat was overloaded because whereas it had capacity for 50 people only, it had about 120 passengers on board, who also seemed to be partying with a lot of music. They might not have heard the emergency commands of the captain, who is still unaccounted for,” said.

Ugandan police spokesman Patrick Onyango said there was bad weather at the time of the incident. 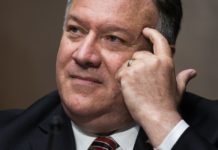 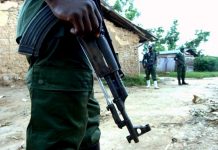