The al-Shabab militant group claimed responsibility for the attack; it is second time the group has set off back-to-back blasts in suicide vehicles.

One car bomber drove into a checkpoint outside the headquarters of the African Union Peacekeeping Mission in Somalia.

“The first car bomb was a suicide,” Abdi Ganey, a Somali national intelligence and security agency officer, told Anadolu Agency. “Our forces stopped the car and seconds later the car went off. The other blast took place near a hotel, near the airport.”

A witness who asked not to be named for security reasons told Voice of America, “First I heard gunshots, then a car explosion and then we took a duck. When we came out to help the wounded we saw a big truck drive through it [checkpoint] and it exploded.”

“This is a terrorist act carried out by a group that does not want to see peace and governance in Somalia,” said Somali Foreign Minister Abdusalam Hadliye Omer, who was in Nairobi but said he has been living in the hotel for the past two years.

Somali officials and foreigners often stay at the hotel. 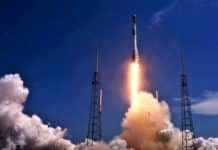 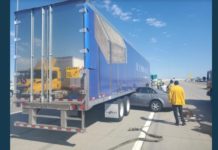