June 4 (UPI) — At least six people were killed and dozens were injured by several explosions at a funeral for a protester in Afghanistan.

Three blasts occurred at a cemetery in the Khair Khana district of the capital city of Kabul on Saturday as mourners gathered for the funeral of Salim Ezadyar, a senator’s son who was one of five people killed during a protest on Friday.

Nearly 90 people were injured during the explosions at the funeral, which was attended by several senior Afghan officials.

Abdullah Abdullah, the chief executive of Afghanistan, was in attendance but his office reported he was unhurt in the blast.

An interior ministry spokesperson said the cause of the explosions was not known and there was no immediate claim of responsibility.

“The country is under attack. We must be strong and united,” he said.

Ezadyar was killed while attending a protest demanding Afghanistan’s government improve security after a car bomb killed more than 80 people and wounded at least 300 others on Wednesday. 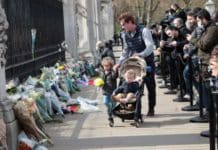 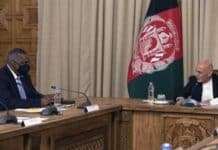