Sept. 21 (UPI) — The 76th United Nations General Assembly began in earnest on Tuesday and U.S. President Joe Biden made his first address at the diplomatic summit — delivering a message of unity, security and progress on a wide range of issues including climate change and COVID-19.

Biden spoke second on the first day of the General Debate, following Brazilian President Jair Bolsonaro. He stressed working together to solve the most immediate problems globally while fighting cybercrime, protecting human rights and avoiding a “new Cold War” with adversaries like Russia and North Korea.

“The United States will compete and compete vigorously and lead with our values and our strength, to stand up for our allies and our friends and oppose attempts by stronger countries to dominate weaker ones by changing territory by force … or disinformation,” he said.

“What we are not seeking a new Cold War or a world divided into rigid blocks. The United States is ready to work with any nation that steps up and pursues peaceful resolutions to shared challenges even if we have intense disagreements in other areas.” 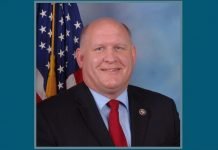