“There is no other way to say it — AT&T hiring Michael Cohen as a political consultant was a big mistake,” Stephenson said in a memo to employees.

“Our company has been in the headlines for all the wrong reasons these last few days and our reputation has been damaged,” Stephenson wrote. “To be clear, everything we did was done according to the law and entirely legitimate.”

The payments were made to Essential Consultants, a company created by Cohen one month before the 2016 U.S. presidential election. According to Avenatti’s report, Essential Consultants was used to funnel the $130,000 hush-money payment to Daniels, whose real name is Stephanie Clifford.

“Let this serve as formal notice — there is significantly more evidence and facts to come relating to Mr. Cohen’s dealings and Mr. Trump’s knowledge and involvement,” Avenatti said on Twitter Friday. “You can come clean now or wait to be outed. Your choice. We have only just begun.”

Initially, it was believed AT&T paid Cohen $200,000. It was later revealed that it paid Cohen $600,000 for strategic advice on its $85 billion merger with Time Warner, which Trump has opposed.

AT&T said this week it engaged with Essential Consultants last year so Cohen could provide “insights into understanding the new administration” and added the company did not lobby for the telecommunications giant.

On Friday, AT&T said Cohen “approached” Quinn’s office “during the post-election transition” period and said he would leave the Trump Organization to do consulting work for companies that wanted insight.

Stephenson said the vetting process in Quinn’s office “clearly failed” and vowed AT&T would “do better.”

“We made a mistake in entering into this engagement and, as a consequence, are being criticized by a world that expects more from us,” Novartis CEO Vasant Narasimhan said in a memo to employees. 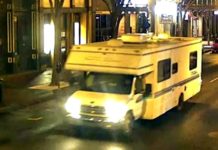 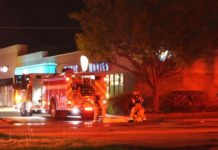