July 30 (UPI) — City officials in Austin, Texas, are considering renaming the city as part of an effort to rid the capital of Confederate monuments.

A report released Thursday details dozens of streets, parks and recreation centers in the Texas capital that are named after Confederate-era figures and could be renamed to shed that association. But the city itself is named after Stephen F. Austin, who was adamantly opposed to ending slavery.

Austin “fought to defend slavery in spite of Mexico’s effort to ban it; believed slave labor indispensable for Texas to flourish in its production of sugar and cotton; believed that if slaves were emancipated they would turn into ‘vagabonds, a nuisance and a menace,'” the report states, adding that he wanted slaveowners “to be compensated if their slaves were emancipated.”

For that reason, the report suggests the consideration of changing the name of Stephen F. Austin Drive, Austin Recreation Center and the city itself.

But the report does recognize that changing the name of the city might cause controversy, with people accusing city officials of trying to erase history, while also adding inconveniences to businesses and residences.

Changing the name would be a “slippery slope of what’s next and where do we stop?” the report states.

Brion Oaks, the Chief Equity Officer with the City of Austin and the author of the report, told KVUE-TV that he doubts the city will get a name change.

“But I think for the public, it is really important to look at some of the history behind some of our historic Austin figures,” he said. 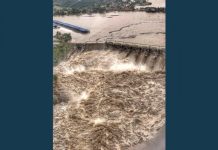 Breaking: Austin bomber dead; blows himself up as police close in