A spokesperson for Australian Health Minister Greg Hunt told the Australian Broadcasting Corp. and The Guardian the federal government will not be moving ahead with potential purchases of the Johnson & Johnson vaccine, at least for now.

The move is being made because, like the AstraZeneca product, it is an “adenovirus” vaccine in which a deactivated virus is used to produce a desired immune response.

“The government does not intend to purchase any further adenovirus vaccines at this time,” the health ministry spokesperson said Monday.

Australia has deals in place with Pfizer and AstraZeneca as well as Novavax — which has yet to produce an approved vaccine — and was in negotiations with Johnson & Johnson when the decision was made.

The government last week issued an advisory regarding the AstraZeneca vaccine, warning that it may cause extremely rare but potentially deadly blood clots in patients under 50.

In contrast, the Pfizer and Moderna vaccines use a newer “messenger RNA” method in which bits of the virus DNA are deployed to produce an antibody response.

After issuing last week’s advisory against the AstraZeneca vaccine, Australian health authorities recommended Pfizer’s product instead be given to people under 50. Prime Minister Scott Morrison on Friday announced the government had secured a commitment for 20 million more doses from the U.S. company. 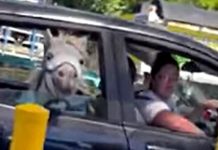 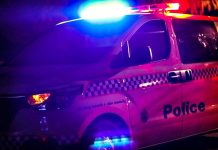