“Fiona was active during the night and consumed a good amount of formula on her own,” zoo spokeswoman Michelle Curley said in a statement. “Keep the positive vibes coming!”

Zookeepers have spent the last several days cuddling with Fiano while monitoring her vital signs. Because she showed a weak suckling response, zookeepers at the Cincinnati Zoo and Botanical Garden were forced to deliver milk via a feeding tube.

Fiano is being kept and cared for in close proximity to her mom and dad. Last week, the baby hippo took her first bath.

“Most hippos are born in the water, but they can’t actually swim,” the zoo said. “Pool time will help her build muscles and balance and maintain an optimal body temperature of 96-98 degrees.” 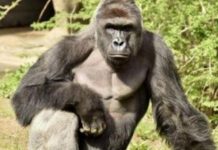 Prosecutor: No Charges Against Mom Of Boy Who Fell Into Zoo Gorilla Exhibit 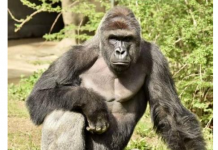