The deal involves a three-year, indefinite delivery/indefinite quantity contract with an initial award of more than $130 million, BAE said in a statement.

The contract will help speed the delivery of the rockets to meet the needs of the United States and allies.

BAE has invested in a new facility in New Hampshire to meet the growing demand, and expects to increase production to 20,000 guidance units per year.

The system transforms a standard unguided 2.75-inch munition into a precision-guided rocket, requiring no modification to the munition, launch platform or launcher system.

It has been used by the Marine Corps since 2012 and has been qualified or demonstrated on more than 14 rotary and fixed-wing platforms. 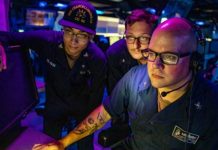