March 6 (UPI) — Jack Phillips, the Colorado cake shop owner whose refusal to make a cake for a gay wedding led to a Supreme Court case, agreed with a Colorado commission to end his legal disputes with the state.

More than six years ago, Phillips, the owner of suburban Denver’s Masterpiece Cakeshop, found himself in the crosshairs of the Colorado Civil Rights Commission after he refused to make an LGBT-themed cake for a gay couple’s wedding.

Phillips said that he could not make the cake because it would violate his Christian beliefs in a case that eventually went to the U.S. Supreme Court. Although the court declined to weigh in on whether Phillips’ actions were protected by the First Amendment last June, it did rule that the commission failed to give him a fair hearing.

Phillips then sued state officials, claiming harassment by the commission for his continued refusal to bake gay-themed cakes on religious grounds. A federal court in December agreed that his suit could move forward.

“After careful consideration of the facts, both sides agreed it was not in anyone’s best interest to move forward with these cases,” Colorado Attorney General Phil Weiser said in a news release Tuesday. “The larger constitutional issues might well be decided down the road, but these cases will not be the vehicle for resolving them.”

Phillips said in a statement Tuesday that he remains committed to not making cakes that he believes violate his religious beliefs.

“I have and will always serve everyone who comes into my shop; I simply can’t celebrate events or express messages that conflict with my religious beliefs,” Phillips said in a Denver Post report. “Today is a win for freedom. I’m very grateful and looking forward to serving my customers as I always have: with love and respect.”

The Alliance Defending Freedom, the firm that helped represent Phillips legally, also called it a victory for the cake maker.

“The state of Colorado is dismissing its case against Jack, stopping its six and a half years of hostility toward him for his beliefs,” Kristen Waggoner, with the firm, said.

“Jack’s victory is great news for everyone. Tolerance and respect for good-faith differences of opinion are essential in a diverse society like ours. They enable us to peacefully coexist with each another. But the state’s demonstrated and ongoing hostility toward Jack because of his beliefs is undeniable,” she added. 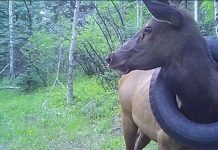 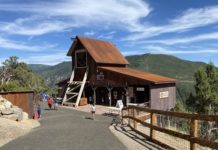