BALTIMORE, Oct. 13 (UPI) — Baltimore police said they have suspended an officer and launched an investigation after the release of a video purporting to show the officer spitting on a handcuffed man.

In the video, Sgt. Robert Mesner, a 34-year veteran of the Baltimore Police Department, appears to be involved in a shouting match with a man as he arrests him Sunday.

Tensions escalate before police tell people to move back.

“Our internal investigation progressed rapidly today with the review of available video and interaction with witnesses. The video appears to depict the police sergeant spitting on the arrestee,” Interim Police Commissioner Kevin Davis said.

“That is outrageously unacceptable and it directly contradicts the necessary community relationships we are striving to rehabilitate. The police powers of Sgt. Robert Mesner are now suspended, and a criminal investigation is underway. Our entire community deserves to be treated with dignity and respect,” Davis said. 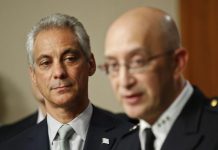 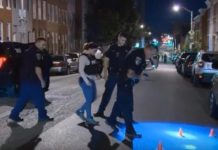