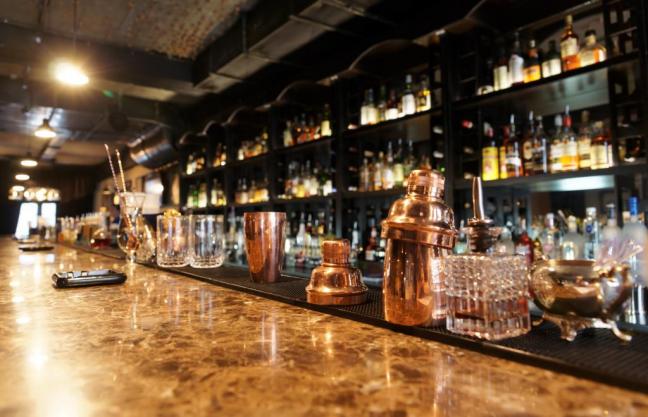 CLAREMONT-FERRAND , France, May 28 (UPI) — A French bartender, who poured 56 shots of liquor for a customer attempting to break a record but instead died, was convicted of manslaughter.
[one_fourth]

[/one_fourth][three_fourth_last]
Gilles Crespin, 47, barman at Le Starter in the central France city of Claremont-Ferrand, was arrested and charged with manslaughter in October 2014 after patron Renaud Prudhomme, 56, pursued the record of most shots drunk in one sitting at the bar.

Crespin, who attempted the record in the company of his daughter and friends, was hospitalized and died the following day. Prudhomme was charged with a “clearly deliberate violation of safety and prudence,” and admitted in court he encouraged Prudhomme’s drinking, using a chalkboard as a scoreboard to count the number of shots consumed. Crespin was convicted, given a suspended sentence and banned from bartending for a year.