Biologists originally believed basking sharks in the northeast Atlantic spend the colder months off the coasts of Great Britain and Ireland. Basking sharks tend to spend much of their time far from land and the ocean surface, making them especially hard to study.

Researchers at the University of Exeter tagged 70 basking sharks. Of the 70 satellite tags, 28 continued transmitting for more than five months. The data relayed by the satellite trackers showed many basking sharks head south during the winter.

Though some basking sharks remain close to Britain, many depart in late summer or fall to spend their winter in the waters off the coasts of Spain, Portugal and North Africa. Tracking data showed a few in the Bay of Biscay off the coast of France.

“Knowing where these animals are all year round allows us to understand the threats they face,” Philip Doherty, an environmental scientist at Exeter, said in a news release. “This is essential information if we want to protect them, especially as they swim far outside U.K. waters, meaning any conservation efforts must be international.”

Scientists at Exeter continue to collect satellite tracking data from the basking shark transmitters, and hope continued monitoring efforts will improve their understanding of the elusive species.

“We don’t yet know whether individuals make the same migration each year or alter their behaviour based on factors such as body condition, reproduction and food availability,” said Matthew Witt, a marine ecologist at Exeter. “The primary drivers behind basking shark migrations are still unclear but they may include mating, searching for foraging grounds and finding water of preferred temperature.”

Researchers published their most recent basking shark findings in the journal Scientific Reports. 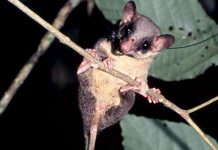 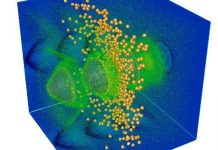