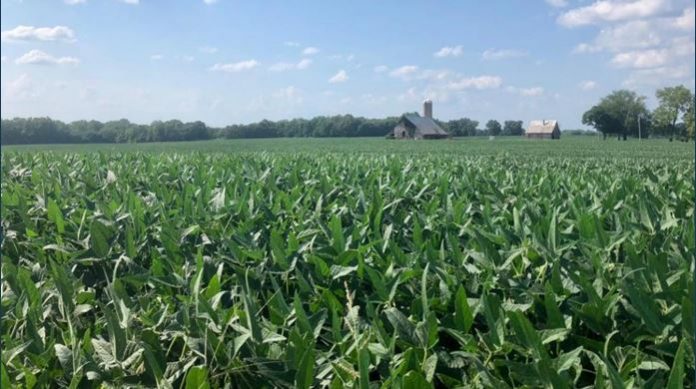 EVANSVILLE, Ind., March 29 (UPI) — Iowa soybean farmers organized a trade mission to China this week in hopes of maintaining relationships with their former buyers — if and when a truce is reached by their respective governments.

“As trade negotiations seem to be moving forward, it’s very important for us to meet with the Chinese importers and let them know we’re still here, we still have soybeans and we still want to sell them to you,” said Tim Bardole, a soy grower from Rippey, Iowa, and president-elect of the Iowa Soybean Association.

Though neither party can do anything until normal trade is restored between the United States and China, trade team members said they quickly learned that Chinese buyers are as eager for an end to the trade war as U.S. producers.

“It’s definitely obvious with everyone we talk to that this is high-level governments disputing,” Bardole said. “It’s not farmer against processor over here. They know it has hurt us, and we know it has hurt them, and we want a resolution as soon as possible for both our countries.”

China has maintained high tariffs on U.S. soybeans — and other commodities — for nearly a year. The government imposed those tariffs in response to $200 billion in tariffs President Donald Trump placed on Chinese goods.

Ever since, soy trade between the two countries slowed to a trickle, leaving millions of bushels of American beans with nowhere to go — and farmers with substantially less income. China had been America’s leading soy importer, buying up about one-third of all the oil seeds grown in the U.S.

“The market facilitation payments that we got from the government almost got us to break-even,” Bardole said. “But not quite. That’s common across the corn belt.”

On the Chinese side, soy importers looked to Brazil to fill their demand.

“Brazil has been selling soybeans to China priced so they’re just a little cheaper than out of the U.S. with the tariffs,” Bardole said. The Chinese buyers “understood that Brazil was doing good business, making money. But it didn’t make the buyers happy.”

So far, China has purchased around 12.7 million tons of soybeans from the U.S. since imposing the tariffs, according to Reuters. Last year, the country bought more than 28.5 million tons, according to U.S. Department of Agriculture data.

“But the soybeans they bought from the U.S. have gone to government-owned crushers,” Bardole said. (A crusher is a company that buys beans in bulk and “crushes” them into soybean meal to feed to livestock, fish and chickens.)

“Private crushers didn’t have access to those soybeans,” he said. “So the state crushers have been able to sell meal at a lower price than the private ones can.”

With both economies hurting, the Iowa Soybean Association and other similar groups continue pressuring the Trump administration to end the trade war.

Last week, members of the Iowa Soybean Association met with the U.S. trade ambassadors to ask them for a swift end to the tariffs.

“It’s an active negotiation,” Bardole said. “Nobody is going to show their hand. But, as a soybean producer, I feel a lot more positive about what I’m hearing now than a month ago.”

The Iowa Soybean Association’s trade mission coincided with the latest round of trade talks between the two governments led by U.S. Treasury Secretary Steven Mnuchin in Beijing this week. The negotiations will continue next month when Chinese Vice Premier Liu He comes to Washington, D.C.

A deal may end the trade war, but President Donald Trump has said he plans to leave tariffs in place “for a substantial period of time” after a deal is reached. 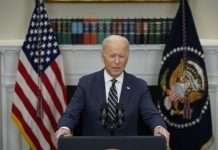 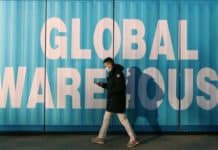