WASHINGTON, March 6 (UPI) — The attorney for Army Sgt. Bowe Bergdahl, facing court martial on charges of desertion and misbehavior before the enemy, has requested to meet with Presidential candidate Donald Trump in a possible attempt to depose him for repeatedly calling Bergdahl a “traitor.”

Attorney Franklin D. Rosenblatt wrote to Trump asking for an interview of up to two hours, CNN reported.

“Based on your personal knowledge of matters that are relevant to Sergeant Bergdahl’s right to a fair trial, this interview will help us determine whether to seek a deposition order … or your personal appearance as a witness at an Article 39(a) session of the court-martial,” NBC News reported.

Trump, while on the campaign trail, frequently ridicules the United States government for negotiating Bergdahl’s release in exchange for five Taliban prisoners.

“I request to interview you as soon as possible about your comments about Sergeant Bergdahl during frequent appearances in front of large audiences in advance of his court-martial,” Rosenblatt wrote, adding that this request is “based on your personal knowledge of matters that are relevant to Sergeant Bergdahl’s right to a fair trial.”

Rosenblatt said the interview would allow Bergdahl’s defense team to learn whether it should depose Trump, who has gone as far as to say that the Army sergeant should have been executed for what the GOP front-runner called fleeing his unit.

From Hailey, Idaho, Bergdahl, 29, walked away from his post in Afghanistan in June 2009 and was captured by the Taliban. He was held for five years before being freed in the controversial prison swap for the Guantanamo Bay detainees. 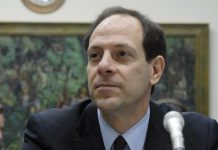