In a speech from Wilmington, Del., Biden thanked the nominees for “accepting this call to service.”

“Together, these public servants will restore America globally, its global leadership and its moral leadership,” he said, “and will ensure that our service members, diplomats and intelligence professionals can do their jobs free of politics.”

Biden was joined on stage by Vice President-elect Kamala Harris and his new nominees and appointees, many of whom were previously reported. They were:

Speaking at the conclusion of the announcement, Harris said she’s “always believed in public service and these Americans embody it.”

Kerry’s appointment will be the first time a U.S. president has had a climate czar. Biden said the former secretary of state and senator from Massachusetts will be a principal on the national security council.

“For the first time ever, the United States will have a full time climate leader who will participate in ministerial-level meetings,” Biden said. “That’s a fancy way of saying he’ll have a seat at every table around the world.”

Kerry, who signed the Paris Agreement on behalf of the Obama administration in 2016, said “failure is not an option” when it comes to combating climate change.

“To end this crisis, the whole world must come together … All nations must raise ambition together, or we will all fail together,” he added.

The formal announcements Tuesday come a day after the General Services Administration ascertained Biden as the winner of the 2020 election, a typically routine move that unlocks millions in federal funds to aid in presidential transitions.

President Donald Trump, though, has still yet to offer a concession — although his aggressive and almost entirely baseless legal bids to overturn the results of the election are virtually dead.

Michigan and Georgia have already certified their votes for Biden and Pennsylvania did so on Tuesday. 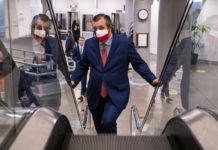 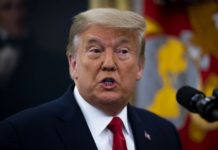