Biden, a Scranton, Pa., native, praised Lamb’s character during two campaign rallies in advance of a March 13 special election in which he will face Republican Rick Saccone to represent the 18th Congressional District seat vacated by Tim Murphy.

“He reminds me of my Beau, because with Beau and with Conor, it’s about the other guy,” Biden said.

President Donald Trump won the congressional district by 20 points in 2016, but polls have indicated a close race between Lamb and Saccone.

Biden hailed Lamb, a 33-year-old former assistant U.S. attorney and Marine Corps captain, as a “son of southwestern Pennsylvania” who will fight for the working class and union rights.

Lamb welcomed Biden’s support as a unifying figure, who “knows in his bones the struggles” of workers.

“We live in a time where everybody’s so divided that I am happy to stand here today with a leader that everybody likes,” Lamb said of Biden.

Saccone’s campaign said Lamb’s alignment with national public figures such as Biden, former Maryland Gov. Martin O’Malley and Rep. Tim Ryan, D-Ohio, shows he is “out of touch” with the district.

“Conor Lamb’s tendency to surround himself with Washington liberals and his choice to campaign with a key part of the anti-coal Obama White House proves he would push the same failed liberal agenda in Congress,” the campaign said.

Biden commended Lamb for withstanding “one of the biggest barrages of negative campaign advertising.”

“Why are they so afraid of him? … Do you think they’re spending all this money … because they’re fearful he’s going to hurt the middle class? Do you think they give a damn about that?” Biden said.

He also said a win for Lamb — the first Democrat to run in the district since 2012– could cause multiple Republicans to retire.

“The impact would be profound. I promise you, if he wins you’re going to see probably another half a dozen Republicans say they’re not running again,” Biden said. 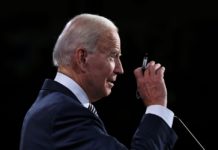 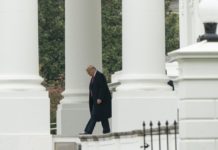 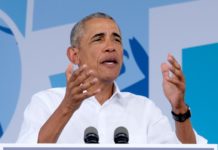