He announced the pay raise in a letter to congressional leaders Friday.

“Specifically, I have determined that for 2022, the across-the-board base pay increase will be 2.2% and locality increases will average 0.5%, resulting in an overall average increase of 2.7% for civilian federal employees,” Biden said in the letter.

He added that the plan was consistent with his fiscal year 2022 budget.

In the letter, Biden cited federal code which allows him to adjust pay for federal civilian employees due to “national emergency or serious economic conditions affecting the general welfare.”

If lawmakers enact different pay increase rates, those would take precedent over Biden’s plans, but otherwise the proposed pay increase will automatically take effect Jan. 1. Some 2.1 million executive branch employees would receive the raise. But it would not apply to the more than 600,000 U.S. Postal Service employees since their raises are established through bargaining. Cost-of-living for federal retirees would also be determined separately using Social Security benefits inflation measure.

Former President Donald Trump raised civilian federal employees pay 1% this year, without any change in locality pay despite a last-minute attempt to freeze the pay raise.

The National Treasury Employees Union, which has called for a 3.2% increase, said in a statement that it appreciated Biden’s proposal, which was “a vast improvement over the previous administration’s attempts to freeze federal pay.”

“However, federal employee pay increases have lagged for years and there is still a very real gap between federal pay and comparable payment in the private sector,” the statement added. “We will continue to urge Congress to implement an average 2.2% increase across the board, plus a 1% boost toward locality pay.”

Biden signed an executive order in April that requires federal contractors implement a $15 per hour minimum wage by March 30. 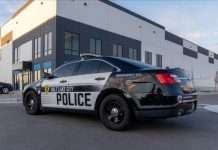