Sept. 10 (UPI) — President Joe Biden on Thursday withdrew his nomination of David Chipman to serve as head of the Bureau of Alcohol, Tobacco, Firearms and Explosives.

“Unfortunately, Republicans in Congress have made clear that they intend to use gun crime as a political talking point instead of taking serious steps to address it,” he said in a statement.

Chipman issued a statement to CNN saying he was honored to be nominated.

“I knew this confirmation process would be difficult, and while ultimately we weren’t successful, it remains essential that ATF is led by a confirmed director who is accountable to the public and places no special interests before the safety of our children and our communities,” he said.

Chipman was an ATF agent for 25 years before working as an adviser for gun control organizations Everytown Gun Safety and Giffords, the latter formed by former Rep. Gabrielle Giffords, who was shot in 2011.

Critics of Chipman, including some more moderate Democrats, questioned how he could effectively lead the ATF given his views on gun control.

“David Chipman’s nomination was an attack on the 2nd Amendment & an affront to Americans who value freedom, safety, self defense & the right to keep & bear arms,” Sen. Ted Cruz, R-Texas said on Twitter. “The Senate sent a bipartisan message to Biden: any ATF nominee must respect the Constitution & lawful gun ownership.” 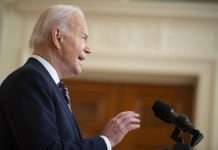