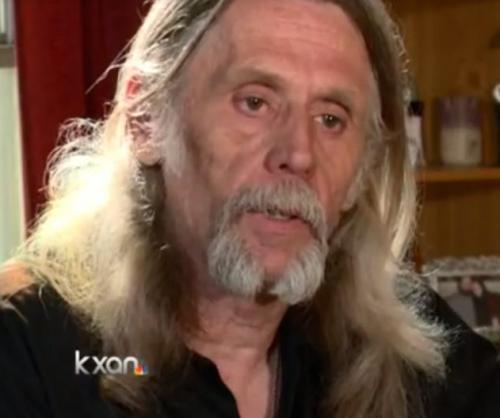 WACO, Texas, May 22 (UPI) — A leader of one of the biker gangs involved in a deadly shooting Sunday in Waco, Texas, denied reports that members of the club were told to target police in retaliation for the incident.

Jimmy Graves, a national officer of the Bandidos Motorcycle Club told KXAN-TV in Austin, Texas, the group’s leaders have not told members to seek revenge against police.

“How long do you think the Bandidos motorcycle organization would last if we went out shooting at cops?” he asked. “President Obama himself would send out the Air Force, the Army, the Marine Corps and everybody and take us out. There’s no way. We respect the police for doing their job.”

Graves spoke in response to a CNN report that the Texas Department of Public Safety issued a bulletin to law enforcement throughout the state. The bulletin reportedly said biker gang members are “plotting to target high-ranking law enforcement officials with car bombs.”

DPS, citing an unnamed informant, said members of the club who are also in the military are supplying fellow members with grenades and C-4 explosives. The bulletin specifically mentions targets in Austin, Corpus Christi, Dallas, El Paso and Houston, Texas, and McLennan County Jail near Waco, according to the CNN report.

UPI was unable to confirm the existence or contents of the bulletin reported by CNN. Two law enforcement officers in the Dallas area, speaking on condition of anonymity, said they had not received a memo specifically warning officers of gang members arming themselves with explosives. One said his police department had been told to keep an eye on local motorcycle club members and others passing through the area, particularly this weekend during the Dallas-area funeral of one of the men killed in the shootout.

The DPS declined to comment specifically on any bulletins it has sent out.

“DPS does not typically discuss or confirm law enforcement-sensitive bulletins or information,” an email from DPS spokeswoman Summer Blackwell said. “DPS and our law enforcement partners continue to share information and intelligence on potential threats to public safety across Texas — including threats posed by gangs.”

The Waco Police Department said it has received received threats, “but that is expected in our line of work.”

Investigators have yet to announce what sparked the deadly fight at the restaurant. Nine men were killed, dozens were injured and 170 people were arrested. All those who were arrested were being held in McLennan County Jail on $1 million bail.

Waco police Sgt. W. Patrick Swanton said members of several motorcycle clubs had reserved the outdoor seating area of the restaurant when another biker club showed up. The disagreement likely started in the parking lot, perhaps over a parking spot or someone getting his foot run over.

During the investigation, Waco police said they recovered more than 318 weapons from the crime scene, including 118 handguns, one AK-47 and 157 knives. Many of the items were found stashed inside chip bags, hidden in shelves, thrown in trash cans or even in a toilet bowl. Body armor was also found at the scene.