WASHINGTON, March 8 (UPI) — An amputee was able to feel rough and smooth surfaces using a bionic fingertip connected nerves in his arm, scientists in Switzerland and Italy report in a new study.

Researchers at the Ecole Polytechnique Federale de Lausanne and Scuola Superiore Sant’Anna di Pisa Studies said the man was able to feel the surfaces in real time, as the fingertip was brushed over them, without surgery — a significant advance.

The results of the work are expected to help speed up the development of bionic prostheses with sensory feedback, potentially giving patients even more of their former abilities.

The patient, Dennis Aabo Sørensen, injured his forearm in a fireworks accident in 2004 which caused so much damage it had to be amputated. After several years using a standard prosthetic arm with a hand he could open and close, researchers at the EPFL tried a new prosthetic on him in 2014.

After implanting electrodes into his arm to connect sensors for the new prosthetic, Sorensen said it was very similar to a real hand, suddenly capable again of telling the difference between an orange and a baseball, among other groups of items.

“I believe that when you add sensation, that prosthesis changes from a tool that they’re using at the end of their limb to their hand,” Dustin Tyler, an associate professor of biomedical engineering at Case Western Reserve University, told NPR at the time. “And if that’s what they get back, I believe in that case it would be worth the implant.”

In the next step, researchers at the two universities designed a prosthetic to differentiate between rough and smooth, with the intention of using the same electrodes Sorensen already had implanted.

According to their study, published in the journal eLife, the scientists first designed a fingertip, attaching it to a machine that moved it over a smooth or rough surface. Sensors in the fingertip generate an electrical signal, which is translated into a series of electrical spikes delivered to the nerves in a patient’s arm.

Sorensen, who was blindfolded during the experiment, correctly identified surfaces 96 percent of the time, researchers reported.

“The stimulation felt almost like what I would feel with my hand,” Sorensen said, in apress release. “I still feel my missing hand — it is always clenched in a fist. I felt the texture sensations at the tip of the index finger of my phantom hand.”

To test whether the fingertip really worked to deliver information about touch, the researchers then connected it to four non-amputees, using a series of microneedles attached to the median nerve in the arm to deliver tactile information. The non-amputees were able to tell the difference between surfaces 77 percent of the time.

The study showed the series of needles works as well as implanted electrodes at delivering information, although researchers note the needle system is not ideal because the needles don’t stay in their proper position over time when attached to a moving limb.

“This study merges fundamental sciences and applied engineering: it provides additional evidence that research in neuroprosthetics can contribute to the neuroscience debate, specifically about the neuronal mechanisms of the human sense of touch,” said Calogero Oddo, a researcher at the BioRobotics Institute at the SSSA. “It will also be translated to other applications such as artificial touch in robotics for surgery, rescue, and manufacturing.” 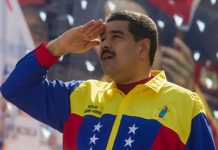 Venezuela’s Maduro to Trump: ‘Get your dirty hands out of here’ 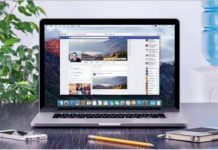 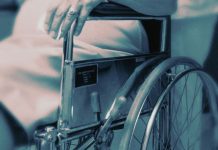