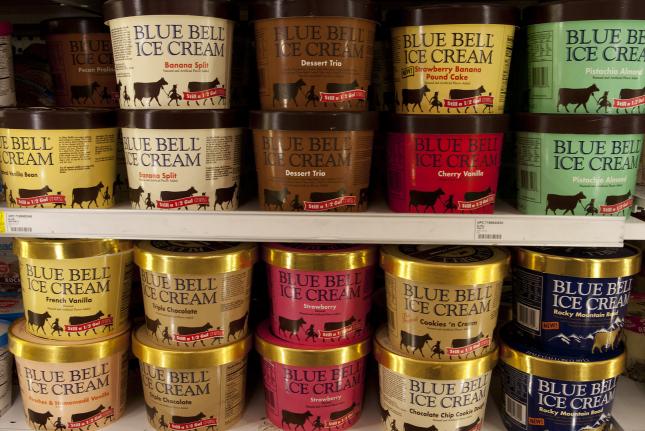 BRENHAM, Texas, May 15 (UPI) — Weeks after recalling all its products due to a number of positive listeria tests linked to three deaths, Blue Bell Creameries announced Friday it is laying off 37 percent of its workforce.
The company has temporarily shut down all its facilities to undergo thorough cleaning and testing to remove all traces of the harmful bacteria. It’s unclear how long it will take for the ice cream products to be back on the shelves, resulting in some heavy costs for the company.
[one_fourth]

“The agonizing decision to lay off hundreds of our great workers and reduce hours and pay for others was the most difficult one I have had to make in my time as Blue Bell’s CEO and president,” he said. “At Blue Bell, our employees are part of our family, and we did everything we could to keep people on our payroll for as long as possible. At the same time, we have an obligation to do what is necessary to bring Blue Bell back and ensure its viability in the future. This is a sad day for all of us at Blue Bell, and for me personally.”

The company said 750 full-time and 700 part-time employees — 37 percent of the total workforce — will be laid off. Another 1,400 employees will be furloughed. Those employees required to assist with the cleaning and repair process at the plants in Brenham, Texas, Broken Arrow, Okla., and Sylacauga, Ala., will keep their jobs, but at a reduced pay.

The news comes one day after the company said it has entered into agreements with the Texas Department of State Health Services and the Oklahoma Department of Agriculture, Food and Forestry outlining the steps Blue Bell must take before its products are sold to the public again.

Kruse said Blue Bell is communicating with the State of Alabama Department of Public Health in order to enter into a similar agreement there.

Blue Bell Creameries first began recalling some of its products in March after the Food and Drug Administration linked three listeria deaths at a Kansas hospital to the company’s products. It was later determined that the Oklahoma plant had presumptive positive tests for Listeria dating back to 2013.