July 18 (UPI) — Blue Origin’s New Shepard suborbital rocket is a go for launch on Tuesday for its first crewed spaceflight, including billionaire and founder Jeff Bezos, the company said Sunday.

Flight Director Steve Lanius said during a press conference Sunday that the flight remained on track for launch at 9 a.m. EDT from the company’s Corn Ranch launch site 160 miles east of El Paso, Texas, stating there were no issues with the vehicle systems, wind forecasts were favorable for the flight and weather was not currently a constraint to launch.

Tuesday marks 52 years since Neil Armstrong and Buzz Aldrin first set foot on the moon and Blue Origin CEO Bob Smith described it as a “special day in space flight history” adding that the company often chooses the dates and names associated with its launches and spacecraft to “honor those who came before us.”

“They made history by landing on the moon and we’re working hard each and every day to be good stewards of that legacy, to live up to those high standards and go even further in our leg of this multi-generational journey to space,” he said.

Bezos will be aboard the flight Tuesday, along with his brother Mark Bezos. Also, 82-year-old aviator Wally Funk and 18-year-old Oliver Daemen of the Netherlands will become the oldest and youngest people to fly in space, respectively.

Ariane Cornell, director of astronaut and orbital sales at Blue Origin, said that customers have already signed up for future flights and two more flights remain planned for this year.

She added that while the passengers have undergone extensive training for the flight, New Shepard allows them to focus on “the flight of a lifetime” over the Karman line, which defines the boundary between earth and space.

“This vehicle is an autonomous vehicle, it’s been designed so that the customers, the astronauts themselves can experience the flight and leave the rest to the rocket and the rest to the team to operate,” Cornell said.

Smith said Blue Origin is aiming for a second flight at the end of September or the beginning of October.

Last Sunday, another billionaire and founder, Richard Branson, went into space and landed aboard a spacecraft owned by Virgin Galactic. 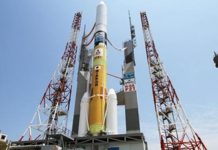 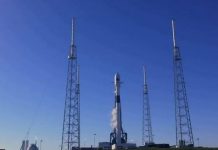 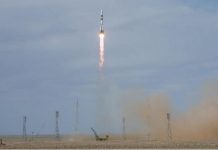