QUITO, Ecuador, Aug. 24 (Andrew V. Pestano) — The three bodies recently discovered in Ecuador’s Chimborazo volcano could be those of French climbers who were killed in an avalanche about 21 years ago.

Mountain guides on Saturday found the frozen remains under layers of ice on the dormant Chimborazo volcano, Ecuador’s highest mountain with an altitude of about 20,600 feet.

The bodies will need to defrost naturally before officials can examine the remains, as to avoid damaging the climber’s clothing, according to Ecuadorian investigator Fernando de la Torre.

In 1994, seven French climbers and three Ecuadorean mountain guides went missing after an avalanche on the volcano. Ecuador has asked relatives of the missing French climbers to help determine the identities of the bodies.

Backpacks were still on the bodies and a camera was found nearby, which investigators hope will hold clues.

“We are checking records and versions of the park guides, we are seeking lists of persons missing on the mountain,” Torres told reporters. “However, due to the age of the bodies, it is very difficult.” 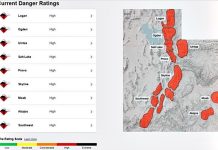 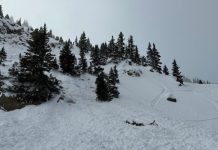