BANGKOK, Aug. 17 (UPI) — Authorities in Thailand said the cause of an explosion at a busy intersection in Bangkok was a bomb, and local reports say at least 12 people are dead and dozens more are injured.

The attack occurred near the Erawan Shrine, a sacred site dedicated to the Hindu god Brahma and located in front of the Grand Hyatt Erawan, a five-star luxury hotel in the heart of Bangkok’s Chid district.

Chaos erupted in the aftermath of the explosion and the BBC reported body parts were scattered everywhere. People who visit the shrine to offer prayers were directly hit by blasts, and charred motorcycles and other vehicles had crowded the intersection.

Thousands of people visit the shrine every day, The Guardian reported.

Richard Barrow, a foreign travel blogger based in Bangkok, tweeted at 7 p.m. local time a loud explosion was heard and emergency vehicles had been dispatched within 15 minutes.

Florian Witulski, a German video journalist based in Bangkok, said the police had found several more bombs in a “nearby taxi.”

Witulski tweeted photos of the site showing firefighters and soldiers in the area who were dispatched not long after the explosions hit the key area of the city.

The military seized government power in Thailand more than a year ago in a bloodless coup.

The military seized government power in Thailand more than a year ago in a bloodless coup. 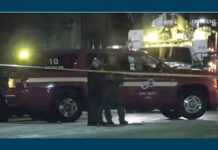 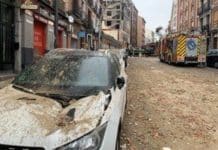 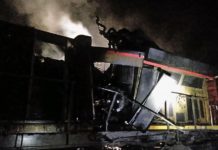