The award, which has traditionally gone to influential and inspirational women, was given to U2 frontman and activist Bono on behalf of the work he has done as a global advocate for women.

“He’s one of the most outspoken and effective advocates for women and girls I know,” said Melinda Gates, who won the award in 2013. “As an activist, he’s using those skills to get the world talking about the fact that ending extreme poverty begins with empowering women and girls.”

“I’m sure I don’t deserve it,” Bono said of the honor. “But I’m grateful for this award as a chance to say the battle for gender equality can’t be won unless men lead it along with women. We’re largely responsible for the problem, so we have to be involved in the solutions.”

“[He] has sold 170 million albums and won 22 Grammys. What I admire most about him is his extraordinary talent for tackling problems that seem intractable — and making mighty and measurable gains,” said Christiane Amanpour, a journalist and 2005 award winner. “It’s not every superstar (or, for that matter, statesman) who can bring about $100 billion in debt cancellation for 35 of the world’s poorest countries, or persuade the U.S. government to pony up the largest contribution ever for lifesaving AIDS drugs in Africa, as President George W. Bush did in 2004.”

Bono’s most recent campaign, Poverty Is Sexist, is tasked with helping women who survive on less than $2 a day.

“Women bear the burdens of poverty,” he said. “We can do much more than we think we can. Leaders are accountable to all of us. If they don’t support women and girls, vote them out of office. To quote Nelson Mandela, ‘It always seems impossible — until it’s done.'” 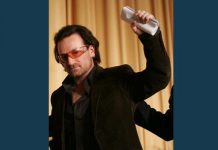 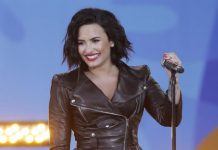 Demi Lovato to take break from music in 2017 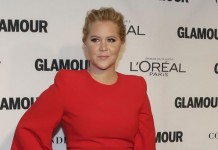 Amy Schumer Slams Glamour For Featuring Her In Plus-Size Issue