U.S. Customs and Border Protection said the search began Monday after agents detained a woman from Haiti who said she’d lost her daughter, a Brazilian national, while crossing the river.

“Anytime a child is lost it is a tragic event,” Del Rio Sector Chief Raul L. Ortiz said in a statement Tuesday. “I cannot imagine the anguish that parents of this young girl must be feeling, and I hope our search efforts pay off with a positive outcome.”

On Tuesday, officials deployed a remote-operated submersible, a dive team and boats to aid in the search.

The girl’s disappearance in the river follows the high-profile deaths last week of a Salvadoran man and his daughter, who drowned in the Rio Grande while crossing to reach the United States. 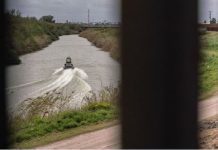 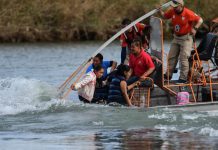