Aug. 8 (UPI) — Gen. Brent Scowcroft, a national security adviser for two presidents, has died at his Falls Church, Va., home, a spokesman for the George and Barbara Bush Foundation said Friday. He was 95.

“He was a public servant of the highest order, always putting the good of the country ahead of other concerns,” said Andrew Card Jr., interim CEO of the Bush Foundation. “Nobody worked longer hours, nobody knew more about working the levers of international power and in the end, very few contributed more to the universal cause of freedom than Brent Scowcroft.”

“As a retired Air Force general, he gave sound and thoughtful advice to several presidents,” he said. “He was an especially important adviser to my father — and an important friend. Laura and I, and my family, send our condolences to Brent’s daughter, Karen, and the Scowcroft family.”

Born 1925 in Utah, Scowcroft joined the Air Force in 1947, holding a number of administrative posts after a crash effectively left him grounded. He served on the Joint Chiefs of Staff and held positions at the U.S. Air Force Academy, U.S. Military Academy and the U.S. Embassy in Belgrade, Yugoslavia.

Scowcroft served under five presidents over the course of a more than four-decade, post-military career. He was first appointed as a military assistant to President Richard Nixon in 1972 and later served as deputy assistant to the president for national security affairs.

He replaced Henry Kissinger as national security adviser for President Gerald Ford in 1975, at which time he retired from active duty in the military. He was the first person to hold the position under a second president when he joined the administration of George H.W Bush.

Scowcroft was chairman of the president’s Foreign Intelligence Advisory Board during the administration of President George W. Bush, and assisted President Barack Obama in selecting his national security team.

Scowcroft became long-term friends with the 41st president and the two worked together to create the Scowcroft Institute of International Affairs within the George Bush School of Government and Public Service at Texas A&M University.

Together they wrote the 1998 memoir “A World Transformed.”

“It is altogether fitting that, while these two giants have left us, the life’s work of George Bush and Brent Scowcroft will be forever linked in Aggieland,” a statement from the Bush Foundation said. 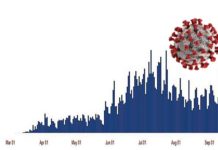